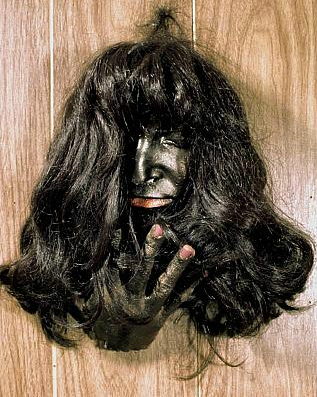 Lynn Hershman Leeson was born in 1941 and has worked extensively in photography, video, performance, and laid the groundwork for multi-media interactive installations.  Hershman Leeson's work deals with the relationship between the issues of the social construction of female identity and technology.  Hershman Leeson began to investigate this idea during the era of mass media and surveillance which was often expressed though alter egos.  The use of alter egos began during her master thesis which involved writing art criticism under the pseudonyms Prudence Juris, Herbert Goode, and Gay Abandon.  Hershman Leeson's interest in feminist problems can be seen in her early work Self-Portrait as Another Person which, revealed her interest in identity, truth, masquerade, and reality.


Hershman Leeson further investigated issues pertaining to female identity such as women identity being constructed through social and cultural environments.  From 1973-1978 Hershman Leeson adopted the persona of Roberta Breitmore.  With the use of wigs, make up, credit cards, and a drivers license, Hershman Leeson transformed Roberta Breitmore from fiction to real.  This work remains through experiences left behind by Roberta's diary, letters, photographs, and documents including a real story of an encounter with three men involved with a prostitution ring after answering Roberta's classified that was placed to find a roommate. 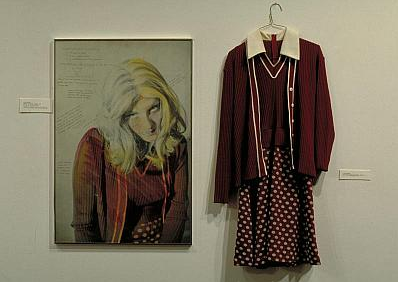 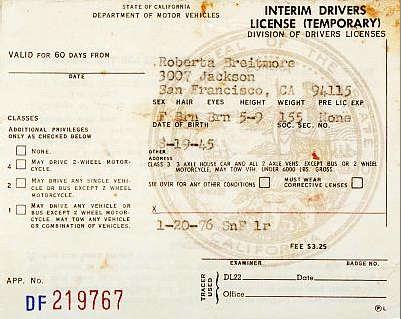 Deep Contact in which people can literally reach out and touch a scanned body of a woman on a computer screen and thereby access a number of pads each of which led them to something different.  They could meet a zen master or a demon.  They could go at different speeds or backwards all in the pursuit of a fantasy.  All of these works are about the interaction in intimacy of people despite technological separations.

Hershman Leeson became fascinated with the relationship between technology and humans which, she began to depict humans as cyborgs (part machine, part human).  In 2002, Hershman Leeson created the network  Agent Ruby which was an artificial intelligence agent with the capacity to develop her memory and knowledge base by interacting with users.

I recently discovered Lynn Hershman Leeson while researching for my thesis on identity.  I was drawn to her work due to similar ideas in ways identity shifts in a social versus a personal environment.  Hershman Leeson's most recent work is the documentary W.A.R (Woman Art Revolution) released in 2010 made up of a compilation of 40 years worth of footage of the Feminist Art Movement from the 1970's to present time.