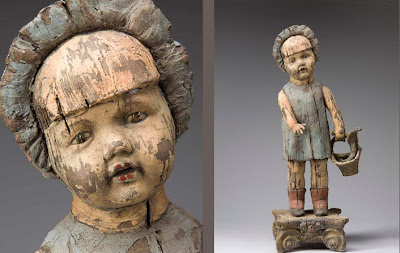 Margaret Keelan is a contemporary ceramicist and now teaches at the San Francisco Academy of Art. She received her advanced Bachelor of Arts in Fine Arts from the University of Saskatchewan, Saskatoon Campus in 1970, and got her M.F.A. in ceramic sculpture at the University of Utah in 1976. She began her workshops from 1972 and started art classes in Saskatoon in the same year. Since this year, she could have a lot of teaching experiences. In 1984, she moved to California and started to teach at many institutions in California such as Richmond Art Centre, San Francisco State University and Studio One in Oakland. In 1994, she finally became a faculty at the San Francisco Academy of Art, and was promoted as the Associate director of Fine Arts and Sculpture in 1997. 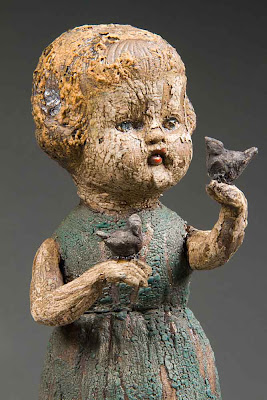 Her main subject is the human form, especially female. Her pieces are well known for figurative sculptures which usually confront the issues of contrasting elements like good and evil, or peace and mortality. It is very interesting to see that she used adorable little dolls with decayed surfaces and textures. Ironic thing is, these abused looking girls are placed with some other natural things like butterflies, birds and fruits. Joanne Dickson wrote,


The work is rich with paradox. There is at once a feeling that these were treasures possessions, perhaps even ritual objects, at the same time they appear to have been created carelessly and discarded. The figures endure despite their apparent fragility. 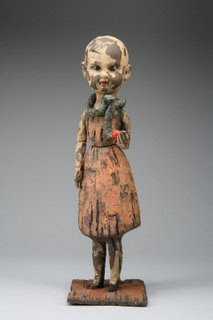 Her works have some symbolic meanings. "Strawberry and Snake" is one of the best shows the contrasting elements and symbolism very well. The figure wraps a snake around her neck which is symbol of evil and dangerous, and holds a strawberry which stands for sexual pleasure as in “Tess of the d’Urbervilles” by Thomas Hardy. The childlike face is from a mold of a 19th century French doll which is not anymore being used in contemporary styling; it is existing but not actually existing. Also, it has a young look, but the surfaces are decaying; it is young while it is old. 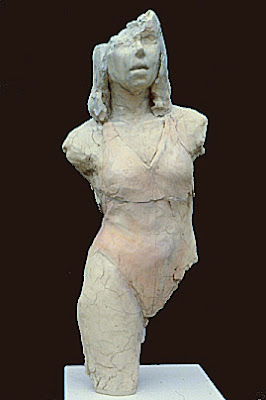 Actually, Keelan started these dolls’ figures only about five years ago. In her earlier works, she dealt with distorted grown up female bodies. She intended not to finish whole body and disguised the face of the pieces by mask and animal like face. There are even no arms. When she started theses forms first, she thought,

She is still searching for the endless possibilities to create various forms and surfaces using the human shapes.


Margaret Keelan lived many years in the United States as English born Canadian so she experienced many different societies and cultures. While she passed through those environments, she was inspired to make pieces reflecting who she is and express what she has inside of her to the world.


I believe that art and artistic creation is one of the most meaningful activities we, as humans can engage in, up there with striving for world peace, healing the sick and raising children. It honors our ability to give form to our imagination, to comment on our world in an individual and unique way, to learn and to teach.