Michael Sieben, Smile and Forever, acrylic and pencil on panel 2007

Michael Sieben is a grown up with a childish, witty sense of humor that shows in his works. Local artist from Austin, Texas, Sieben has well established himself in the local art scene by his work and  being one of the founders of Camp Fig Gallery and also Okay Mountain Gallery. He has also become quite known and well respected in the subculture of skateboarding, doing works for the likes of Adidas, Volcom, Thrasher Mag, etc.

When asked in an interview if his work was still about the loss of innocence he replied:

I think so. When I'm painting or drawing I'm trying to conjure up that melancholy feeling of nostalgia. Remembering youth through older eyes. Celebrating that fleeting feeling of youthful innocence. I guess I try to remember what that felt like and then put a cynical cloud on top of it.


Monsters, animals and skeleton-like creatures seem to be the name of the game for Sieben, quite often with droopy, long appendages and smirks or dumfounded looks that lead from nostalgic, childish discoveries. His pieces most of the time include humorous play on words that are so ridiculously funny and make you say "why didn't I think of that". His website is full or great works that will keep you intrigued for what funny concept he has coming next. 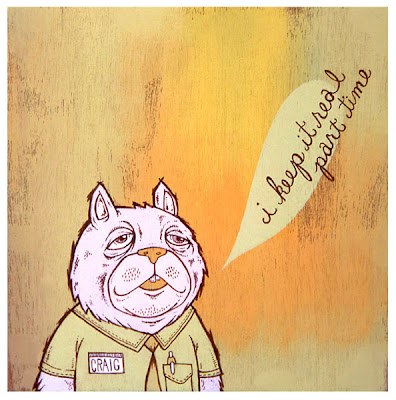 Often immated but never duplicated, Siebens style can be seen in other artists works. Which he finds quite amusing sometimes. It has been immatated in clothing lines from Target to logos for sunglass companies.

Sieben is a prolific artist who covers many different aspects of the art world from fine art to skateboard graphics to writing to online webisodes. He even has his own signature shoe with Adidas. His style is a nostalgic look back to adolenscence with a harsh adult truth twist. The cynical cartoonish style takes you back to your youth with descriptions of familiar memories explained in funny clever way. Making fun of things and the use of monsters are seen frequently in his work which can be summed up by one of my favorite graphics he has done: 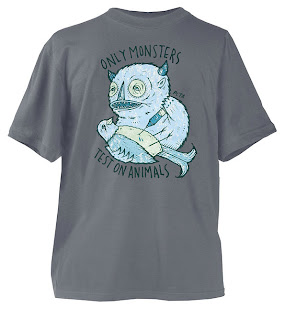 Sieben refers to his style as "soft-core gore". Humor, monsters, smiles, security cameras, bird heads, fruits with tree hair and tongues sticking out can all be seen in his 2007 exhibition "Smile Forever", at the Art Palace Gallery in Austin, TX. In his own words:

The title of the show refers to, on one hand, smiling in the face of adversity, and on the other, the loss of privacy in our contemporary digital age, where cameras, security, television and otherwise, are constantly recording our images. Between these two poles, we might as well smile forever.


Siebens work is witty, clever and intriguing to look at. The cartoonish, child look with the adult humor has something for everyone. Sieben is set to be around for a long time as an established artist.