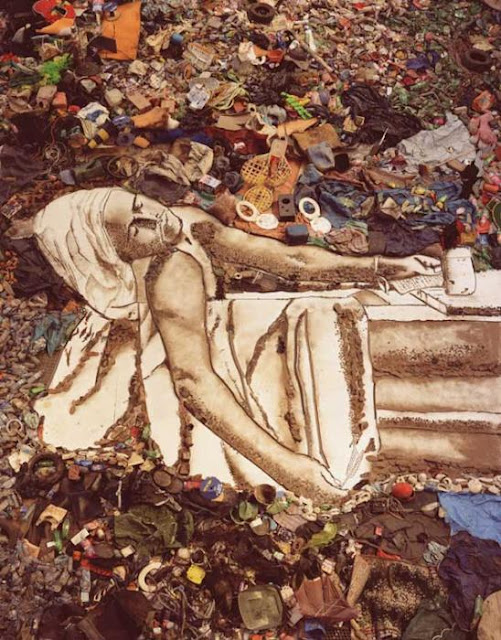 Vik Muniz has been a major force in the art world for some time now and has been one of Brazil's top selling international artists. His work is characterized by unconventional materials and mediums such as junk, garbage, chocolate sauce, wire and thread and often replicate or pay homage to famous paintings of the past.  I learned about Vik Muniz from a documentary film entitled “Waste Land” which follows Muniz into a slum community surrounding the world's largest garbage dump, Jardim Gramacho, located on the outskirts of Rio de Janeiro.  Muniz connects with the people who work in the garbage and recruits them to create massive trash masterpieces. 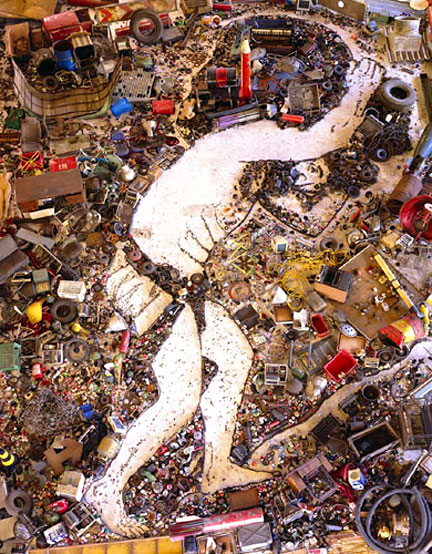 Muniz became well known for his 2006 series Pictures of Junk. This series is comprised of photos of junk arranged on a large studio floor to represent a famous painting from the past. The works are created by a team of people directed by Muniz. He stands high above the surface being worked on, directing the team with a laser pointer. A large image is projected onto the floor which serves as a  template to place the junk on. The final product is a photo como usar viagra por primera vez shot from above, which serves to capture the large work area and volume of material into an easily viewable and transportable piece. This miniaturizing effect is quite striking, as the intricate and colorful junk turns into a representation of the painting when compressed down in size. 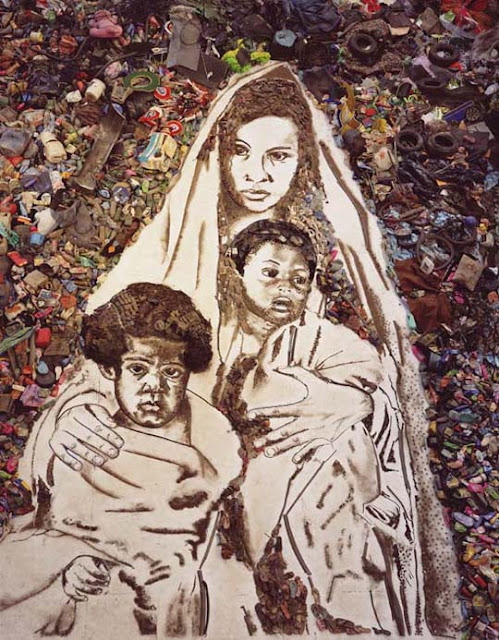 The same method was used in the Wasteland series, only the workers were selected from the garbage dump and paid to make the art as well as pose for the template pictures. The series is more about the connection with a lower class of society and the social implications of this than perhaps the medium and technique, as it was already explored in Pictures of Junk. Buy going into the garbage dump Muniz is exposed to a whole new world of struggle and hardship where a small amount of compassion goes a long way. We learn that these workers are people not so different from you or I, and their incredible stories of strength give new meaning to the images. The proceeds from the series went back to the trash pickers own labor organization.

Pictures of Chocolate was completed in 2007, and Muniz has clearly mastered the medium of chocolate syrup with intricate portraits and even pictures of large crowds done in the shiny, dark brown substance. 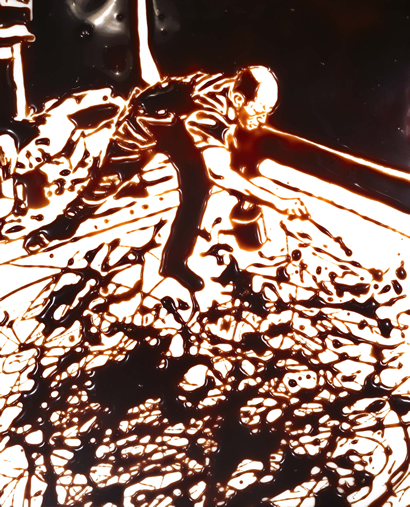 Vik Muniz's use of unusual mediums and techniques has set him apart and his upbeat and kind personality brings a special touch of humanity into the work. A focus on equality and compassion leaves the viewer inspired and thankful for what blessings they have, while giving hope, confidence, and something to be proud of to those with very little.