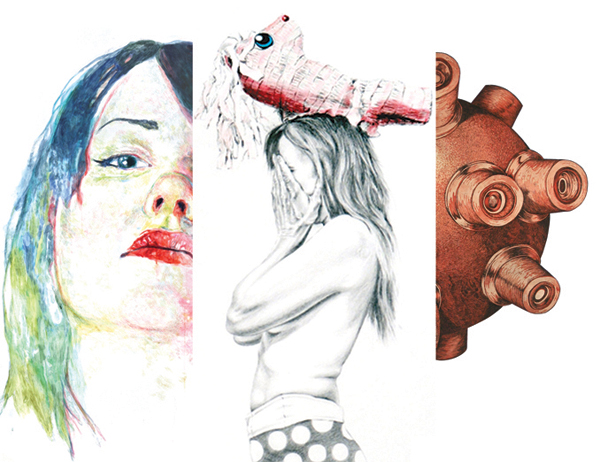 Alfonso, Rebholz, Tuff was an exhibition hosted by Gallery Black Lagoon, a contemporary art gallery in Austin Texas. The exhibition lasted from September 25th through September 26th, 2011. The show exhibited various kinds of drawing dealing with vulnerability, consciousness, and feeling. Alfonso, Rebholz, Tuff offered works of art that allowed people to explore the emotional and sensitive side to themselves.

It seemed to me that the work was arranged according to relationships found between the pieces themselves. Although they all seemed to have the same kind of theme, I also found that most works next to each other seemed to have the same kind of style in execution. The prints were all put close to each other and the figure drawings were all placed close to each other as well. I felt a good flow that ran throughout the entire gallery. The work felt very well organized and was acceptably arranged which helped me move from one piece to another without an overwhelming feeling. I began to realize how engaged I was in the art, which I believe was owed to them being hung at the viewer’s level on the wall. I usually find works in galleries that are placed too high for me to get close and personal with them, making me lose immediate interest. I really enjoyed the overall setup in the gallery. The art had about a foot of space in-between each of them and was generally placed next to other art with the same proportions. None of the works seemed to be oddly placed or there wasn’t anything that seemed to be distracting from each of the works.

Attending the show during its opening reception seemed to affect the initial impression I had on the exhibition. I immediately got the sense of excitement to enter into the gallery and whiteness the work that many other people were there to see as well.  I also believe that as I evaluated the art I was affected in my interpretation of the work itself, with the amount of comments that were coming from the conversations of other people that were right next to me. This might be one of the disadvantages of looking at art at an opening reception. On the other hand, I also found that listening to their impressions altered mine in a positive way. I was able to see the works in a wide range of perspectives, as oppose to a very narrow vision on what the meaning might have been. 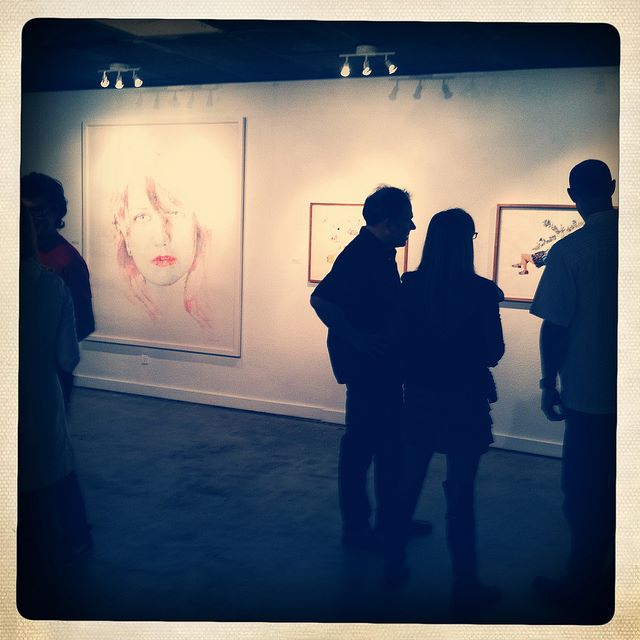 After attending this show I found that I have a new appreciation for contemporary art and I now have a great interest in learning more about it. I really enjoyed the way the gallery showed the work and the way it was presented showed that it was greatly respected. I have not been to very many gallery shows but after this new experience I have definitely found that I have a new great interest in attending far more shows in the near future. The arrangement of the art was very successful and the gallery has left a great impression for me.