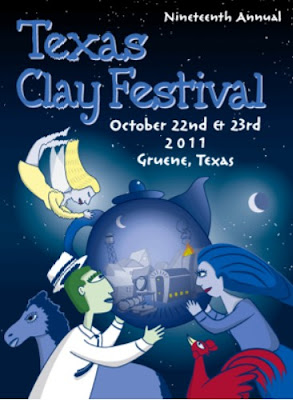 The 19th annual Texas Clay Festival was held in Gruene of New Braunfels on October 22 and 23 2011. Throughout both days, over 60 of Texas artists gathered together, and showed their works and sold their wares. Several artists held demonstrations of their crafts in four tents. On 23rd, I went there to help two of those potters’ demonstration as a volunteer. Like the festival organizer Dee Buck said that every artist makes his own style of pottery, it was really good opportunity to see all different styles of ceramics from classic to contemporary and to learn their variety of techniques. 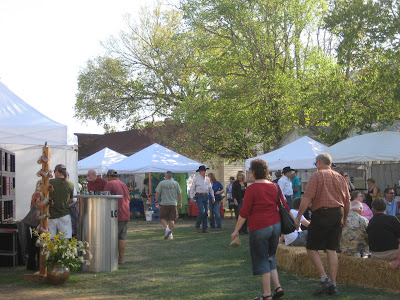 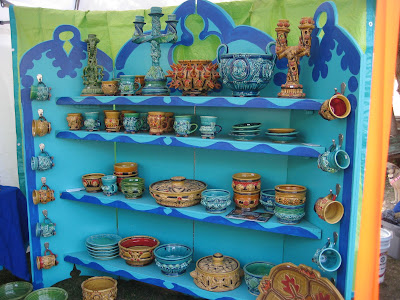 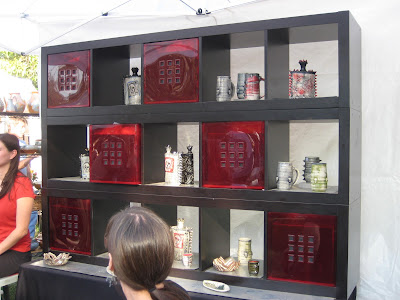 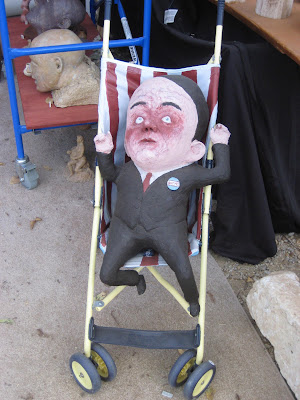 Each artist had a tent and displayed their pieces. The diverse characters of artists drew my eyes; functional wares such as bowls and cups; huge sculptures; decorations and ornaments; and works criticizing society. While I was looking around all the tents, I thought it is like all different small galleries gathering together. Some tents much focused on showing a good exhibition rather than sale. 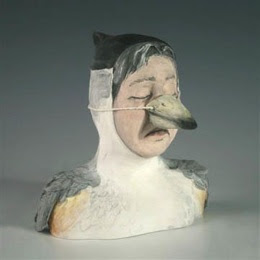 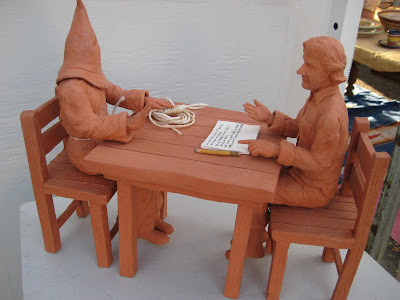 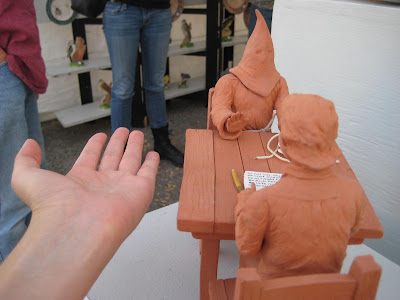 What attracted my attention among them is Pat Johnson’s work. She works in Fayetteville, Texas and primarily makes disturbing but humorous figures that take cues from a grab bag of influences ranging from antiquity to popular culture. Her miniature pieces are so delicate and looked each piece conveying a message. According to her statement, her current work has been a dialog of personal disasters with the protagonists as the artist. 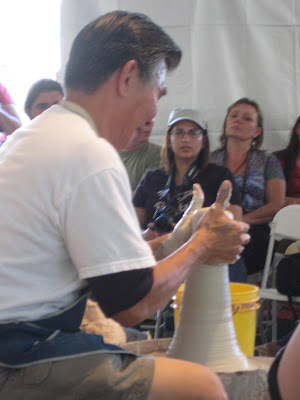 A potter I volunteered for is Vorakit Chinookoswong, known as V. Chin. He is one of the potters who has the most viewers every year in this festival.  V. Chin showed crafting of some small bowls and a huge flower shaped bowl with fine porcelain. During the demonstration, he told a story about his college life and answered questions the viewers asked. He studied in Japan and trained as an apprentice with several prominent Japanese ceramic artists before moving to the United States in 1980. At the end of the demonstration, he made his signature little clay frog and received loud applause.

This festival, gave me a chance to take a good look at myself. I always worked in studio at school and had no chance to look out what is going on outside world. I was just pressured to finish my project. After I experience many other potters, however, I was very impressed by their attitude and mind. They were creating aesthetic values, satiring society, but even enjoying their life in it. What I realized is, an artist is not a person just creating “beauty,” but could be involved in various fields of activity such as industry, sociology and environment. As an artist, I will open my mind much more to see the world and present what I have inside of me by doing my work.