Some of these images like the one below serve to inspire, and some even evoke nostalgia in the viewer, but they all present a certain amount of ambiguity. When looking at these I found myself caught between hating them and loving them. It's a little hard not to see them as a cliche and easily replicated, which makes you wonder if it counts as a work of art if anybody with Photoshop is capable of creating it. On the other hand, I feel like they're sort of an avant-garde version of motivational posters, or at least less tacky. A small handful of these really are athletically pleasing, but after seeing the millionth picture of a forest with something like "I'll love you always" typed in helvetica I couldn't help but roll my eyes. 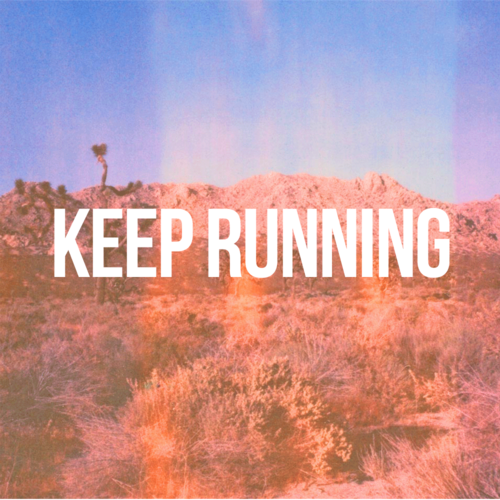 I found the text being put over random photography to be extremely relevant to the current art world. No credit seems to be given to the person who has taken these photographs, when scrolling images there really was no credit given to photographers which was offensive and annoying. For nearly every single one I had found there was no name attached or link to the source material itself. The internet has given everyone a platform for opinions (and has definitely given artists a leg up and an easier way to expose themselves), but it also leaves an easier open for work to be duplicated or altered with little to no credit at all. A lot of questions need to be asked when considering these images. Should these photographers be okay with these images being altered without permission? Should these images be considered different from their originals because of the alterations made? Who gets the credit? Of course, not all of these works are made by random people, and the trend has definitely caught on in commercial photography (seen any Levis ads recently?) further asserting its significance in the art community.

Furthermore, this trend has become more of a target for ridicule than anything. As seen above altered images of altered images have now become a common theme on blogging websites such as Tumblr and memebase, poking fun at the over dramatic photographs. As a photography major myself, I am more weary of what is to come. I'm holding out hope that the instagram iphone app will not replace the analog photographer, and that a simple unadulterated photograph will continue to maintain its worth.